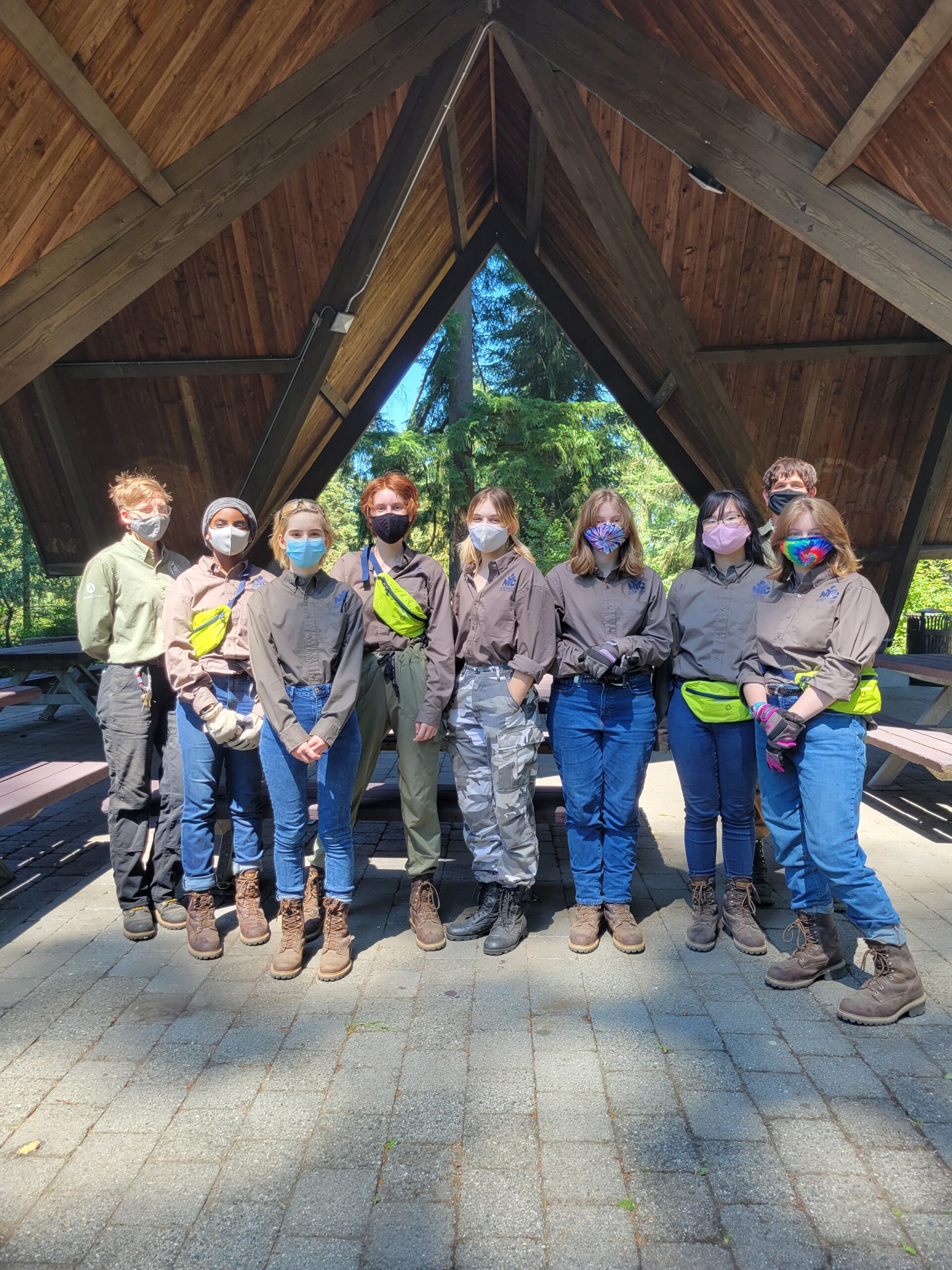 During a week in late June, a group of determined young conservationists were removing invasive species from Hoyt Arboretum’s red pine collection.

Northwest Youth Corps is an educational job training experience for teens and young adults, and we were so lucky to benefit from their skillset last month.

Most of the corps members had been to Washington Park at some point or another, but for many it was their first time at Portland’s arboretum. We asked them to tell us a little bit about which plants they ended up removing. Ivy, hawthorn, and holly were the main culprits. One of the leaders of the group told us that the hawthorn was particularly interesting; while we typically think of them as single trees, their roots spread out and new, smaller trees will up from those. “They’re kind of like hydras!” the leaders exclaimed, comparing the hawthorn to the many-headed monster of Greek mythology. Sounds like the nickname for this group should be Hercules, because they did a great job tackling those stubborn roots.

We also asked them to tell us which species they enjoyed removing the most, as well as the least. “The most fun for me was the ivy; ripping it out is so satisfying,” explained one of the corps members. But most seemed to agree that holly was the hardest. Its thick roots – think about the size and density of a ginger root – require special tools to remove fully, and the plant can be kind of prickly in spots.

We think they did an outstanding job; every weed removed makes the park a healthier place for our trees. Are you interested in volunteering for invasive species removal at Hoyt Arboretum? Learn more about open volunteer opportunities here!